Where the ocean meets the safari adventure of a lifetime.

The Greater St. Lucia Wetland Park, now iSimangaliso Wetland Park, is one of those rare and beautiful areas which everyone should visit at least once in their lives. In 1999 it was awarded UNESCO World Heritage Site status, marking it as a place of ‘outstanding value to humanity’.

The Park is situated on the north eastern coast of KwaZulu-Natal and covers 328,000 ha with an impressive 280 kms of pristine coastline. This Natural World Heritage Site is a unique mosaic of culture, wildlife, plant life and scenery. Comprising lakes, islands and the St. Lucia estuary, the area incorporates no less than five separate eco-systems and is unique in its diversity, supporting critical habitats for a range of species from Africa’s marine, wetland and savannah environments. For the eco-enthusiast, there are an astonishing variety of habitats ranging from the Lebombo Mountains to grasslands, woodlands, mangroves, dunes and coastal forests, all of which exist alongside the magnificent beaches and coral reefs of the warm Indian ocean.

But don’t take his word for it – come and see for yourself!

This unique destination offers visitors an ideal beach-and-bush holiday combining subtropical coastline and classic African game parks and promises some of the most diverse wildlife and outdoor experiences imaginable. This area of the north coast, known as the Elephant Coast, offers a diverse selection of activities including:

The area supports the country’s largest populations of hippo and crocodile and seeing a hippo wandering through the village at night is not at all unusual.

St. Lucia village has the friendliness of a small African village coupled with a superb location for exploring the area. The bustling main street has two well-stocked supermarkets, banks and ATMs, internet cafes, a selection of restaurants, a post office, a number of bait and fishing tackle shops plus curio and craft stalls selling locally made beadwork, woodcarvings and basketry.

Just 30kms north of St. Lucia lies Cape Vidal – a beautiful stretch of beach along St. Lucia’s 25,000 year old fossil shoreline, nestled amongst towering dunes and dense evergreen coastal forests. You can swim, snorkel, fish and sail in the clear, warm waters of the Indian Ocean and explore the ancient coral reefs that line the coast. If you’re a fisherman, the area is renowned for its record catches of marlin, tunny and barracuda. Many visitors also enjoy Cape Vidal for its walking trails, which vary in length and offer the opportunity to get close to the area’s spectacular wildlife.

Horseback safaris are available within the nature reserve for confident riders – most wild animals feel less threatened by the presence of a horse and are more likely to let you get really close.

The Greater St Lucia Wetland Park displays an incredible diversity of cultural and ecological treasures. The park is home to hundreds of species of animals and plant life – almost 50 of which are considered threatened. The area’s fragile combination of social diversity and natural beauty has elevated the Wetlands to an iconic status in the ongoing environmental struggle. As a result, conservation of the area and its inhabitants has become vitally important, not only to those who live here, but to the whole of South Africa and indeed the world. The Wetlands Park is groundbreaking in its management, following the unprecedented decision by the South African government in the 1990s to turn the running of the park over to a coalition of local people, non-governmental organisations and government representatives, aptly named the Wetlands Authority. This was the first time that local residents were fully represented in the decision-making body of an important conservation area.

Because of the importance of conservation to the area, there are plenty of conservation-related activities for the eco tourist to enjoy. Observation of spectacular wildlife is hard to avoid, as the area boasts the country’s largest populations of hippo and crocodile, as well as black rhino, leatherback and loggerhead turtles, leopard and a whole plethora of marine and bird life. Wildlife experiences include turtle safaris – a fascinating seasonal phenomenon in which giant leatherback and smaller loggerhead turtles come ashore at night to nest and lay their eggs. Guided tours of this amazing sight are available from November to January. 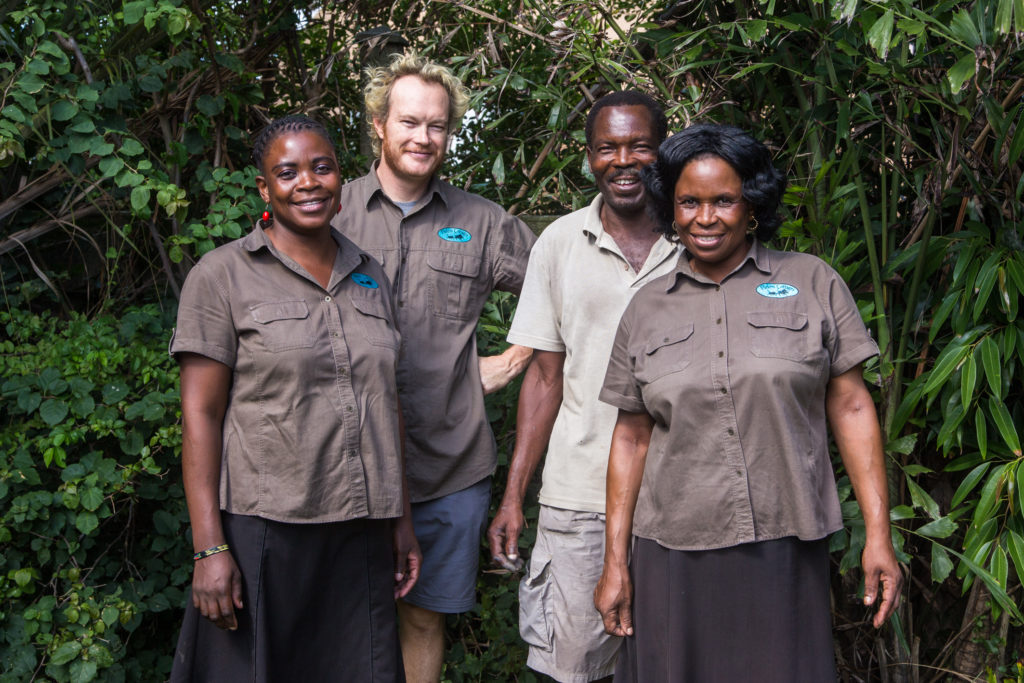 Nomsa, Craig, Elias and Jabu are here for you!

Making the best of your stay

To set you up for a fun-filled day, a scrumptious breakfast is served in the main house, including fruit juices, a selection of fine tea and coffee, fresh fruit salad, a choice of cereals, yoghurts, muffins, toast, fruit preserves and a different cooked breakfast each day.

After this, you may be keen to set off and explore this stunning area, although feel free to also swim and relax in our tranquil setting. We are more than happy to recommend activities and trips for you to do and will happily make any tour bookings if you would like us to.

There is easy access to shops, a selection of restaurants, petrol stations, fishing tackle shops, a variety of curio shops and craft sellers, a popular and permanent fruit and craft market, banks and ATMs, a post office and a library.

The beach is just a few minutes’ drive away, as is the entrance to the iSimangaliso Wetland Park, South Africa’s first UNESCO World Heritage site, where you will be able to see a variety of wildlife, including black and white rhinos, leopard, hippos, buffalo, zebra and many different species of antelope. and many plains game. 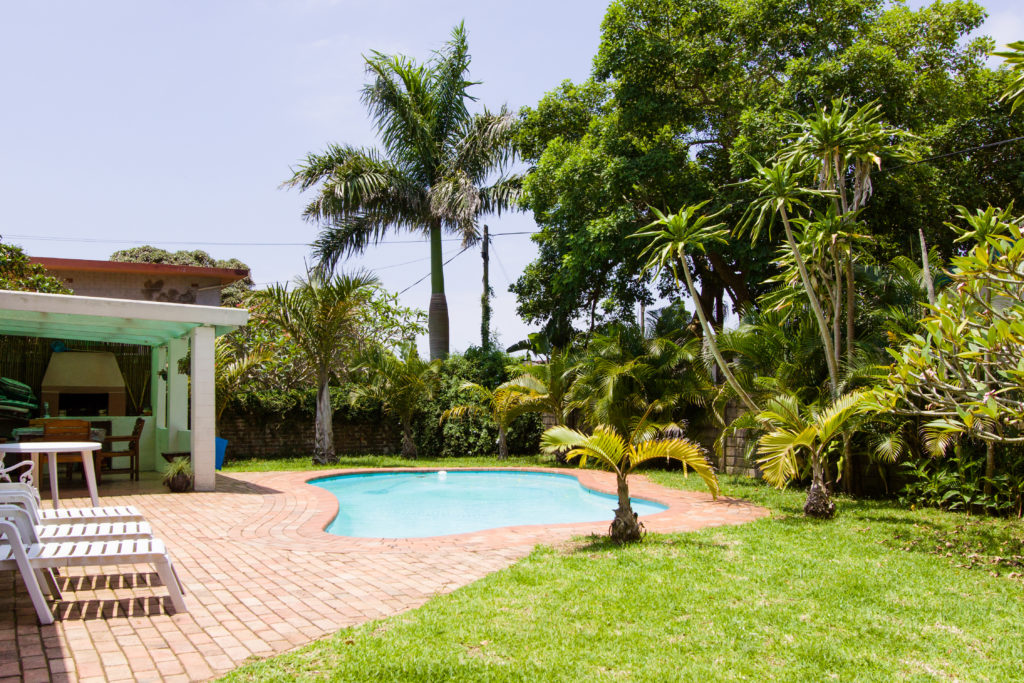